Summer night in Kangasala witnessed an eventful race, where situations in the lead changed several times during the night. Final order of teams was cleared only on the last leg.

The win of Stora Tuna was a result of steady team performance. Starter Jesper Svensk punched as fourth in changeover only eight seconds after the lead. The team kept their place within the first five being at most just a bit over one minute late from lead after fifth leg.

The win was settled by the last runner Emil Svensk, who run away from other competitors already in the beginning of the leg. The difference to the second team IL Tyrving from Norway was as much  as 1 min 58 seconds in finish.

– I am in good condition physically and felt great during the run. I could run away from others in the beginning, but made some mistakes on the last part of run, tells Svensk when analysing his run in finish.

Third to punch in the finish was Tampereen Pyrintö, 18 seconds after IL Tyrving. The seven runners of Pyrintö also made a steady performance starting the last leg in a few seconds lead to others. The anchor, Florian Howald, however had to give up to Svensk and to anchor of IL Tyrving, Matthias Kyburzille.

Otto Simosas, 1st leg: It was easy and fun. Third place feels good and our team made  a great team performance.

Elias Kuukka, 3rd leg: My run went quite well. I could make my run according to planned tactics, for which I am very pleased. Physically I could make the long leg very well.

Mikko Eerola, 5th leg: I was pretty nervous in the start because I did not know about the situation. My start was good any way. I made a couple of small mistakes during the run but otherwise I had a clean performance.

Florian Howald, 7th leg: It was difficult in the beginning and I had problems to keep in pace with the others. I anyhow tried to calm down and make my own performance. In the finish I was first disappointed after realizing the result, but I am very pleased to the team’s performance. This team is my second family and I am happy about our final result. 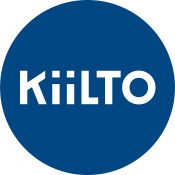 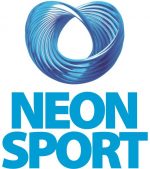