How to start in the Valio-Jukola 2012

The change in the start practice of Valio-Jukola ensures that this year’s compact competition centre is put in use most efficiently. Also, due to this new start arrangement, it will be easier to follow the competition as wires and poles from previous years’ will not stand in the way of the Valio-Jukola spectators.

How to group for your start: 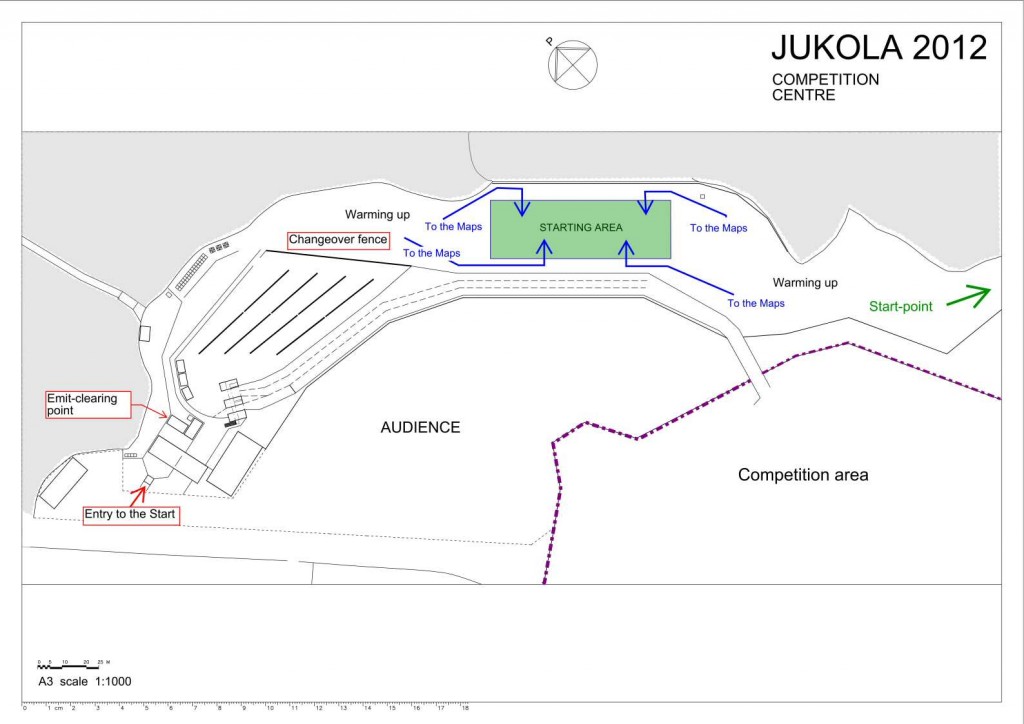 General view of the start, finish and exchange areas

How to ensure getting the correct map: 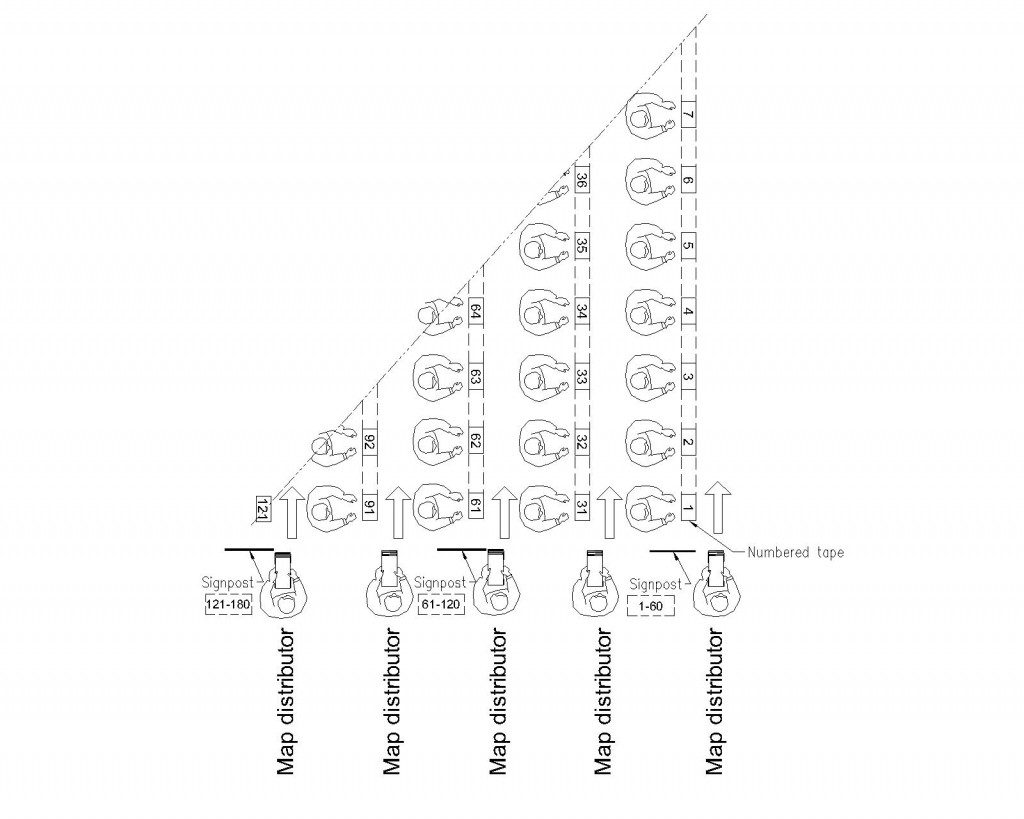 Illustration of orienteerers waiting for their maps

Orienteers waiting for their maps (pdf)

How to ensure equal and safe start of the relay for all: