Vantaa is a global and multicultural city, a hectically growing part of the metropolitan area. It only takes 20 minutes to reach downtown Helsinki. Vantaa is the fourth biggest city in Finland. Its population amounts to 200 055 (1.1.2011) of which 2.9% are Swedish speakers and 9 % are speakers of languages other than Finnish or Swedish. The city’s acreage is 240.4 km2. The Marja-Vantaa district will be in 15-20 years the most important new residential and workplace area in the region (30,000 residents, 27,000 jobs).

Global business grows rapidly, particularly in the Aviapolis area surrounding the airport. Business, exchange, and leisure services for passengers are developed on a continuous basis. Vantaa has a lot to offer: everything from peaceful nature sites to shopping malls. The Heureka Science Centre, Flamingo Leisure World and the Finnish Aviation Museum are some of the most popular sights. Top-quality hotels as well as meeting and conference premises are located in the vicinity of the airport.

Visitors to Vantaa can enjoy clean nature with green woods right beside urban landscape. Each year Vantaa offers an extensive selection of concerts, theatrical performances and exhibitions to art-lovers. The city has vigorous civic activities, such as Vantaa Urban Festival, arranged in connection with Vantaa Day (May 5). In 2011, the festival is arranged for the fourth time 12. – 16.5.. 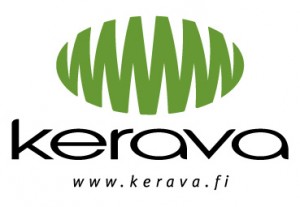 Kerava is a lively, but cosy town with 34 000 inhabitants in the proximity of the Finnish capital. Thanks to its excellent location, the train journey from the centre of Helsinki takes less than a half of an hour and Helsinki Airport is only 15 minutes’ drive away.

The town centre has a pleasant atmosphere and services located there are versatile. Alternatives for residency vary from apartment blocks in the centre to delightful small-house areas slightly further away, in other words, the town can offer residency that complies with different stages of life. Options for free-time activities in Kerava are numerous – even forest paths begin from one’s doorstep!

In addition, Kerava offers excellent chances for success to an entrepreneur. Markets of the capital area are close and yet, the town is located outside of the areas with worst traffic congestion.

At the end of summer, air in Kerava is filled with the aroma of garlic, when the annual Garlic Festival is held on the third Saturday of August. In the middle of September, it is time for the circus people and funfair to take over the streets of Kerava while Circus Market is held.