The women’s team of SK Pohjantähti has started to prepare for the coming orienteering season and Lahti-Hollola Jukola. National team’s women Sofia Haajanen and Marika Teini spent the early part of the year in a successful altitude camp in South Africa. Also in the national team’s shirt orienteering Anna Haataja has been camping in the warmth of the south and in the end of January all three met in the federations camp in Kisakallio.

Heini Wennman and Marttiina Joensuu have trained the beginning of the year at home. On top of that the whole gang went to train at the depressions of Hollola last autumn before the snow. 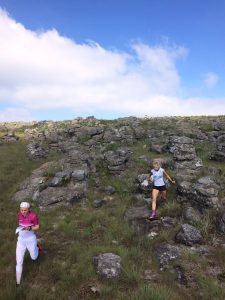 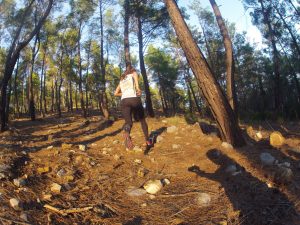 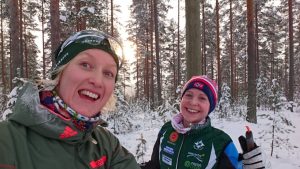 The goal of four satisfied Venlas

SK Pohjantähti took the 10th place in Venla relay last year in Joensuu. On the year before that in Lappeenranta the team was 3rd.

“Last year in the prize-giving  stood four women, from who only one could be satisfied with her own contribution in the competition. This year we aim for four smiling faces after a successful victory over the  depressions of Hälvälä,” Haajanen repeats the teams goals.

The women of Pohjantähti know the challenging nature of the terrain in Hälvälä. They plan to go to the competition with a humble attitude. In addition of Hollola, experience of type terrain have been gotten from also elsewhere in Finland. The women also have a little of home field advantage in Hälvälä.

“Marika has lived a week day and night around depressions during her army days so we have first hand knowledge for the terrain analysis. Also Heini’s adaptation to Lahti for years not brings home field atmosphere to the competition,” Haajanen describes.

SK Pohjantähti continues preparing by camping in Hollola after the snow has melted. You can follow the teams prepartions for the Venla relay during the spring on Jukola’s website.