Thierry Gueorgiou, a 13-time World Champion, has announced his retirement from top competition after this season. In this interview Thierry was asked when his career started and will we see him in Lahti–Hollola Jukola.

Why are you (Thierry) as good as you are – King orienteering?

We have asked me this question hundreds times already, and I never come out with a really good answer. I think it is simply the results of many years of practices, a competitive character, And I have been very lucky to get the help of the right persons at the different stages of my elite career. A perfect mix of Time, Talent and Luck, so to say!

How much do you train in a year (hours)?

How large part of your training is orienteering?

At what age did you began orienteering?

My first competition licence is from 1985, when I was 6 year´s old, but I had already a couple of years of practice with my family before that.

When is the last time you orienteered in the terrain of Hälvälä (have you?)? Or in the Lahti area?

As far as I remember I have not been orienteering in Hälvälä terrain, even though I have been a couple of time in Lahti area for some Finnish champs or the World Cup 2000 for example.

I like the idea that no forest or course is exactly the same than another one. It is easy to stay in love with that sport!

Which is the best (or most memorable) orienteering terrain, you have been doing orienteering?

I have been lucky enough to visit many great terrains in the World. There are some places in France, near Millau, which are really spectacular with very special stony features. But I love also the northern part of Norway, around Tromsø. That´s the two places I like to have in mind when I run in a very bad terrain to not lose my love for orienteering!

In how many continents you have been doing orienteering?

I have no real idea.

How long would the best track runners be able to follow you in the terrain of Hälvälä (terrain of million depressions)?

It is hard to say really, it depends so much about the runnability. As far as I remember there has been some testing in the past, and it showed that running in forest is quite specific indeed.

Long night or last leg (especially in the Jukola 2018)? Or some other leg?

It is hard to compare as it is two completely different job, and I like both! One of my best memory from Jukola was running the long night in 2011, but running the last leg, in a winning team, is also an unforgettable experience. 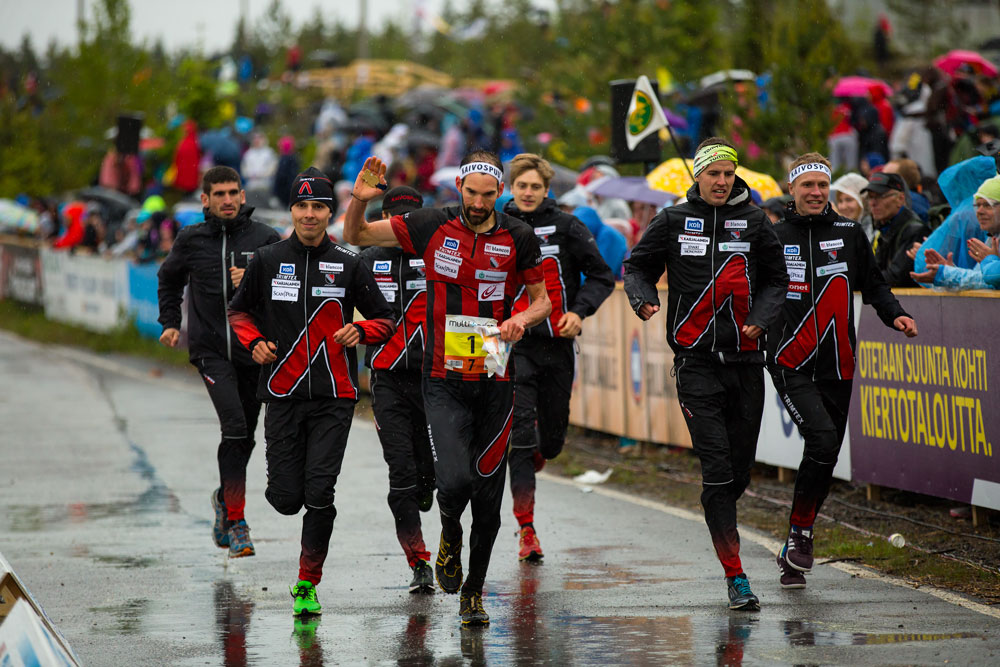 We all know that you are ending your international career during this year. Will we see you in the Lahti-Hollola Jukola 2018 in the colours of Kalevan rasti?

It is impossible to know at the moment. Of course, Jukola is the kind of event I would like to run forever, as I really enjoyed the special atmosphere around the event, but I have no idea if I will still find it fun to compete for a top team while knowing I am not perfectly prepared.

I would say, long-time experience. I mean the club is not born when I joined it in 2000. It celebrates his 67 years of history now, with many success through those years. Kalevan rasti has created a know-how culture with experienced persons on the key roles at the top of the club.

What is the secret of KR?

No real secret. As all the teams, we have failed a lot, but each time we have tried hard to find out the reasons behind those failures, and comes out more prepared the next time.

Why are you representing KR?

It all started with the World Championships 2001 preparation. I wanted to find a club in Finland to be well prepared, and choose Kalevan Rasti back in 2000. At that time, not that many Scandinavian club where interested anyway to have a Frenchman with a difficult name to pronounce in their squat.

Why are many of the world elite runners from different countries running for KR?

We have managed to create some kind of community which overstep the nationalities. We all learn from each other, the team atmosphere has always been great over the years, and we have been pretty open-minded to welcome new runners every years.

Who is mister KR?

The club is and will always be bigger than its members. I have never seen a club as a single identity, but more like a patchwork, where everyone, from the youngest member to the most successful, is bringing a small thing to create something much much bigger.

How would you describe the Jukola Magic to the people who know nothing about orienteering? Why are people coming there year after year?

It is the kind of few events which make you feel proud to be an orienteer. I mean it is one of the only time during the year where you feel like we are doing a BIG sport! And to know that there has been tremendous hours of effort to prepare this event make you even more excited to enjoy it. It is simply unique, and you want to be part of it.

With what kind of plan KR will win the Lahti-Hollola Jukola 2018?

With the one which always works no matter what: “Do at least one less mistake than the others…”

The terrain of Hälvälä is kind of special with millions of depression. How do you need to consider that on your training?

It is a terrain which sounds quite familiar around Joensuu, and most of Kalevan Rasti runners have a good experience on this type of terrain with also the winter camps in Alicante or Portugal, even though the vegetation is, for sure, different.

How many times will we see #KRcamp in the Lahti area before Jukola 2018?

Probably a couple of times, as there will be a need to fill after having organized the Jukola 2017!

What kind of technical skills do you especially need in terrain like Hälvälä (lot of depressions)?

The number one type of mistake you can do in this terrain is probably a parallel mistakes, as it is very easy to take a depression for another, especially at night. As always, solid compass skills will be very helpful. And then using the deepest or highest parts of the terrain will bring more security to simplify your routes.